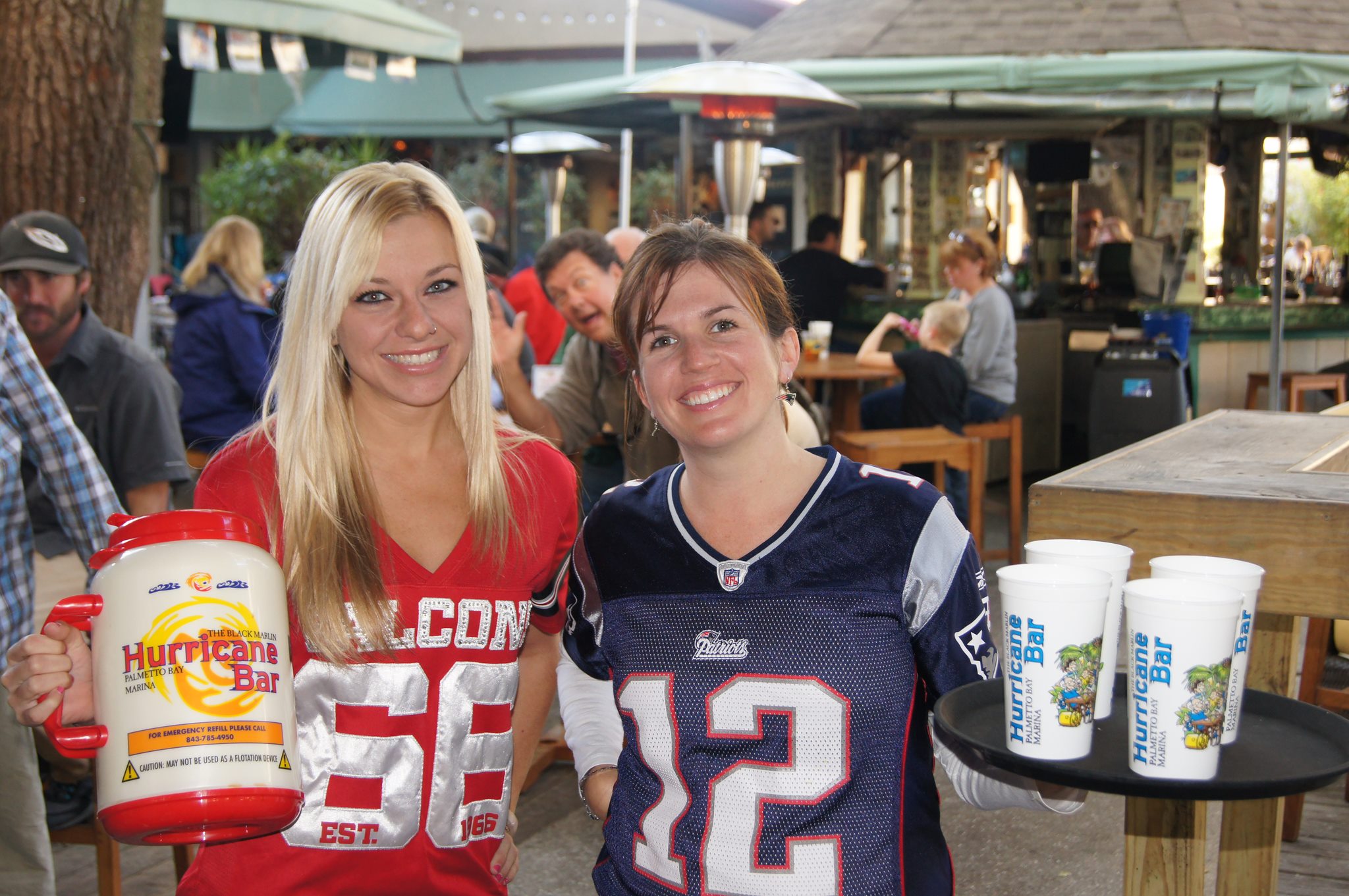 Posted at 14:21h in News by SERG Restruant Group

There is nothing quite like the Fall on Hilton Head Island. The sweet heat of the summer starts to fade, though not too quickly, making the weekends perfect to be outside from sun up to sundown. The only thing better than the weather this time of year: Football is back, baby! This quick rundown will give you a few of the top spots on the island to cheer on your favorite team. 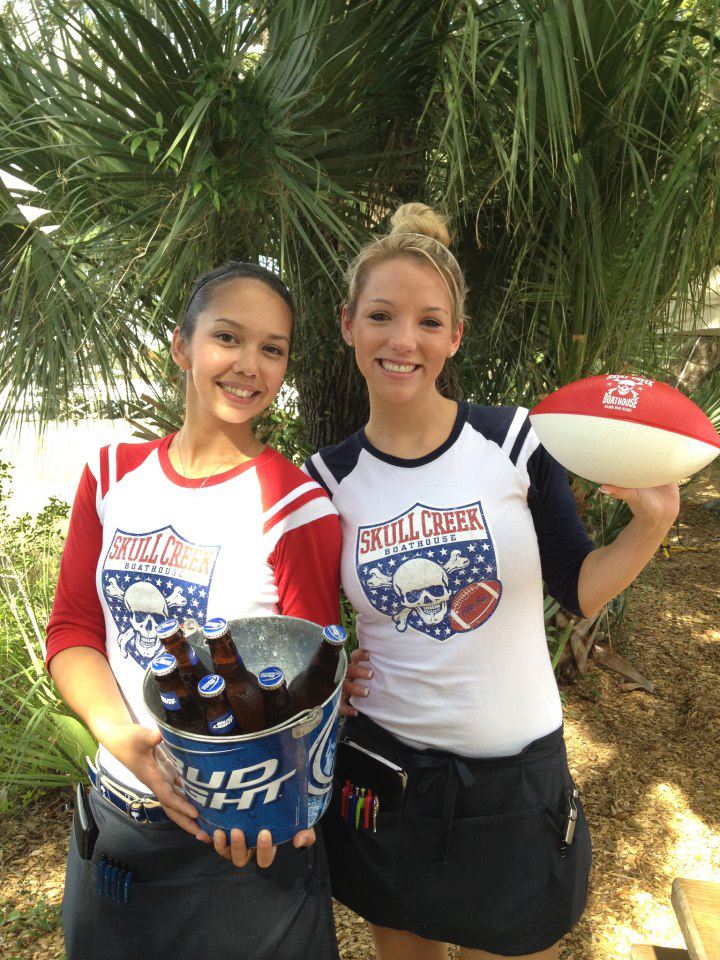 How can you start your Sunday filled with football the best way possible? Brunch, of course. Skull Creek Boathouse on Squire Pope Road boasts one of the island’s best options for brunch featuring a delicious buffet, starting at 10am (for your pre-game needs) and ending at 3pm, perfectly positioned between 1pm and 4pm games. As Hilton Head Island’s most-awarded landmark waterfront restaurant, the outdoor views alone will make Skull Creek one of your fast favorites for Sunday Funday.

While Boathouse is a popular favorite for Sunday brunch and features some of the best views on the island, don’t sleep on Dockside for a sports-filled Sunday. As SERG Group’s newest restaurant, it may have the second-best views of the island (hint: it’s right next door to the Boathouse) and the full-pane glass windows throughout provide those views in spades. The real action for Sunday football is on the massive, covered outdoor patio and bar, aptly named The Sharkbar. With plenty of TV’s and space to play cornhole, it may soon be your new go-to spot on Sundays. 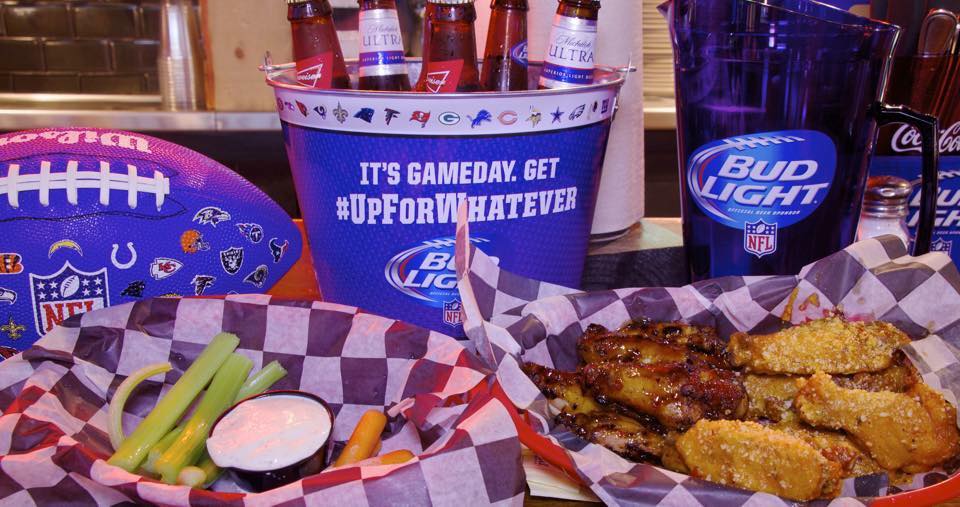 It’s difficult to think of football on Sunday’s without beers and burgers. There is no better place to find the best of both worlds than The Lodge. One of the island’s most popular watering holes, The Lodge has a large selection of craft beer with 36 rotating taps along with all your domestic and import favorites. Pair one of those with a hand-pattied, freshly-seared flat top smashed burger, some crispy tots & fried mac and cheese and you’ve got a recipe for success on Sunday.

A stone’s throw from the open garage-door entrance to The Lodge is One Hot Mama’s, home to some of the best barbecue you can find anywhere around Hilton Head Island. Opened in 2003 by Executive Chef and Managing Partner, Orchid Paulmeier, OHM has inside and outdoor seating for groups of any size (or fans of every team). Take a bite out of the baby back ribs, make your own Meat and Three or take down a platter of the “world’s best” wings – every bite will have you coming back for more. 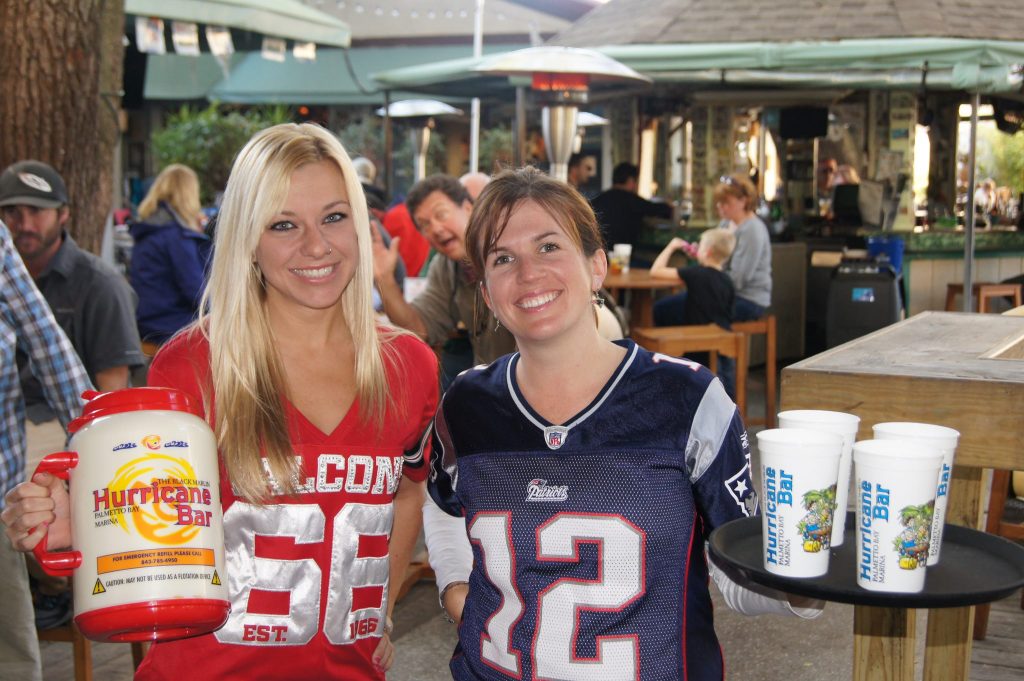 Sometimes Sundays start out a bit rougher than planned – most likely because Saturday night was spent with biting dogs. When you need some hair of the dog – or dogs – look no further than the build-your-own Bloody Mary bar at Black Marlin Bayside Grill. Once you’re rejuvenated with the fresh air of the patio, take in the views overlooking Palmetto Bay Marina and saddle up to the Hurricane Bar, located next to Black Marlin. With plenty of TV’s for your favorite teams, the best happy hour on the island (order the Sushi Nachos – you’ll thank us later) and the signature Hurricane cocktail, you’ll see why Black Marlin is one of the top spots for tourists and locals alike, especially the Georgia Bulldog Nation!

Any Pittsburgh fans out there? Giuseppis, an island staple for over 34 years, is the home of Steeler Nation. Nebraska Alumni are also frequently seen enjoying an ice cold SERG Beach Blonde Ale and slice of the best pizza around during college games. Stop in at the Shelter Cove or Bluffton location, and you’ll feel right at home. Along with HD TV screens as far as the eye can see, there are countless specials and of course you can order take out for the big game you’re hosting at your house!