Does Dover Sole Come from Dover, England… and Other Seafood Myths

25 Feb Does Dover Sole Come from Dover, England… and Other Seafood Myths

Posted at 10:46h in Local Restaurants by Staff Writer 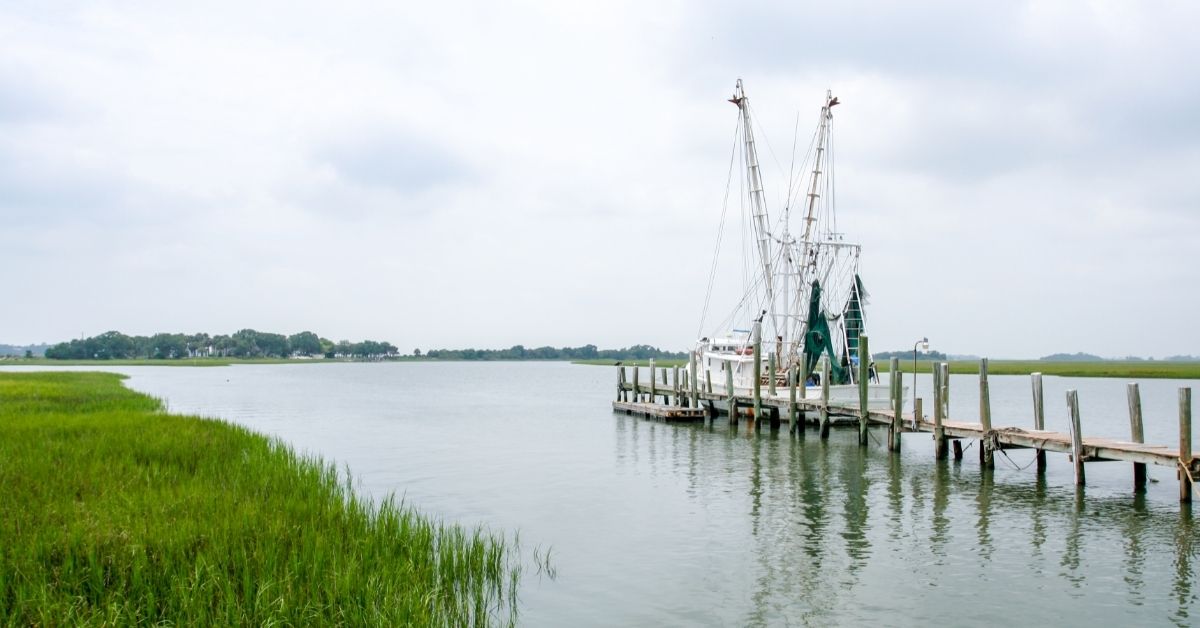 There’s no doubt that myth-making has its charming place in the world of food. I love the Italian idea that eating lentils on New Year’s Eve brings good luck. How rice is a symbol of fertility at a wedding ceremony, and olive oil is a food of sanctification. How, according to the Bible (Matthew 17:26-27), Christ told St. Peter that the first fish he would catch would hold a coin with which to pay a local tax, and how when Peter caught the fish, he squeezed so hard as to make the fish call out in distress, which then caused Peter to free the fish with his fingerprints on each side of the body, whereby the genus, elsewhere called John Dory, became known as the St. Peter’s fish throughout the Mediterranean.

But when myth gets in the way of good dining, I am unbending that old tropes should be jettisoned and commonsense preside over the kitchen. Nowhere is this more applicable than with seafood, whose perishableness has for eons managed and controlled the way it is landed, prepared, maintained, and eaten for the utmost healthfulness and nutritious benefit. But times have changed since the days when a haul of autumn fish was required to be salted or smoked in order for a tribe to have sufficient food till springtime. Granted, there are the sporadic 21st century headlines about polluted waters and swordfish containing elevated amounts of mercury, but there are many archaic dogmas which are no longer predicated on reality. Here are some best disregarded.

The Fresher the Fish the Better the Flavor

While this seems like a given, it’s not always the case. A fish just out of the water may not be in the best shape to be cooked. When a fish is caught, it fights, transmitting adrenaline throughout its body, inducing it to tighten up. If a fish hasn’t yet gone through rigor mortis, which can take a day or two, it can be tough as rope. Chilean sea bass, halibut and skate (and many other fish) are best if they sit in the fridge a day or two before serving. 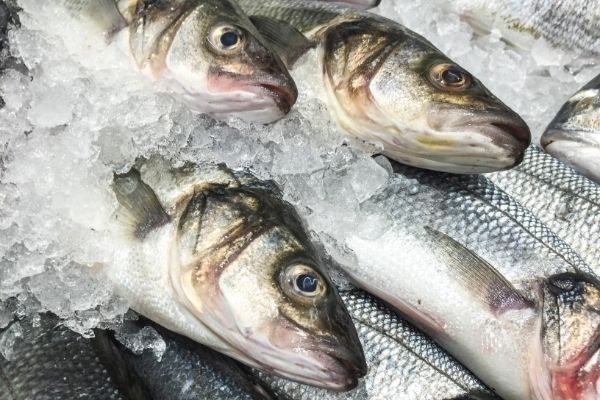 This would be pertinent to most fish blanketed in plastic and chucked into one’s home freezer, where the ice crystals fashioned by frozen water in fish can split the membrane of cells, whose proteins and vitamins then ooze into the liquid you get after thawing fish. Freezing can also foster oxidation of fats, which causes rancidity.

That said, well freezing fish (that is, flash freezing shipboard at intensely low temperatures as they do with most fish sold in seafood loving Japan) does much less damage to taste and texture, and such fish is superior to fish that has not been kept well and sold at market past its prime of freshness. Ninety eight percent of all shrimp sold in this country. by the way, is frozen.

Dover Sole Comes From the Straits of Dover

Dover Sole is not a species. It is just common sole, which swims throughout the Mediterranean and all the way up past Scotland to Norway. The fattest of these come from cold waters in the North Sea, and for hundreds of years the English seaport of Dover was the principal market for the fish. Nonetheless, the impression that sole from Dover is special endures. Wherever it comes from, it is extremely pricey under the name, ”Dover Sole.” 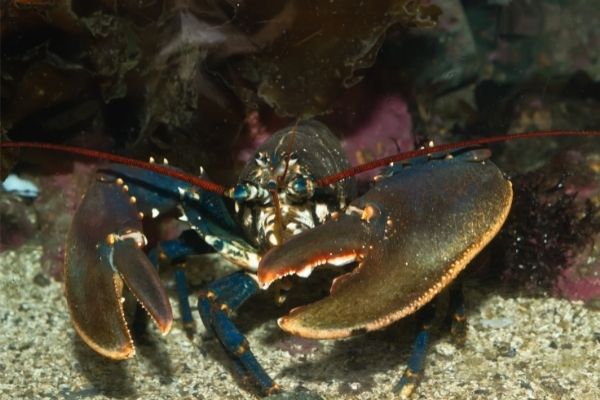 The Best Lobsters Come From Maine

Another misnomer here. So called, “Maine Lobsters” can come from anywhere on the Atlantic coast from Nova Scotia as far south as Charleston, SC. They are all of the species called, homarus americanus, and with their colossal edible claws, they are indeed hugely superior to scantier species from other ports of the world. Colder waters do make for fatter lobsters, but habitation in Maine is not a requisite for that. While we’re talking about lobsters, there is another tale that the larger, and therefore older, the lobster, the less succulent it will be. Nothing could be further from the truth. Attentive cooking can deliver a five pound lobster every bit as tender and delicious as a two pounder.

An emphatic, no! Bay scallops are barely obtainable at all these days because one of their primary sea beds, around Peconic Bay in Long Island, New York, was in the 1980s destroyed by “brown tide disease” which knocked the population out and kept it from recovering. There is a small stock of Nantucket bay scallops, always expensive, but these usually go to restaurants that can command top dollar for what has become a true delectable. So if you see “bay scallops” in the market selling for $9-$12 per pound, you can be certain that they are either sea scallops (illegally cut small to approximate the small bay scallops), or calico scallops (another species usually shipped from the Gulf of Mexico or China) which can’t match bona fide bays. Peruvian bay scallops, which are farmed, are sweet and flavorsome, and (because they are predominantly frozen) available year round. 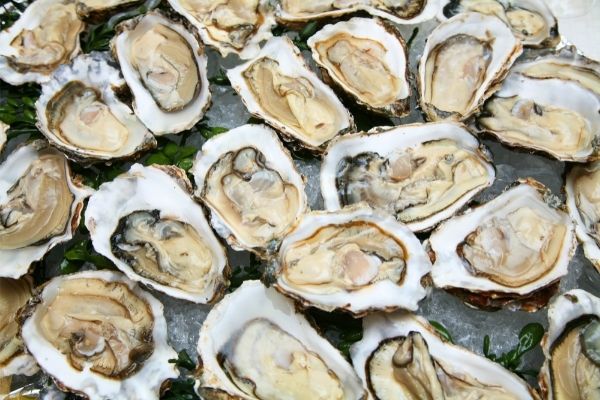 Never Eat Oysters in Months Without an “R” in Them

Once upon a time this perception had a health rationale to back it up. Oysters, like all shellfish, may acquire bacteria at any time of year but bacteria escalates in warming waters, and the months of May, June, July, and August (months without an “R”) possess warmer water than the remainder of the year. Also, oysters reproduce in summer, making them non-toxic but sometimes a bit bitter. The best safeguard against getting such questionable oysters is a quality restaurateur or fishmonger that knows exactly where their oysters come from, utilizing only vendors who survey the oysters’ water so that the bacteria issue is negligible.

This one is based on a merchandising tactic implying that Atlantic salmon are all wild, which is not at all the case. Truly wild salmon are becoming more and more arduous to catch in either ocean, however, when they are, they are one of the best tasting fish in the world. But the industry is dominated by prodigious fish farms, whose modus operandi of feeding and serving their salmon farms vary. In fact, there have been concerns that some farmed salmon may harbor a high percentage of PCBs, which are known toxins. Ironically, farmed salmon is fatter than wild but contains a smaller quantity of omega-3 fatty acid, a healthful antioxidant. Look for the word “wild” when ordering salmon, not just the word “Atlantic.”. 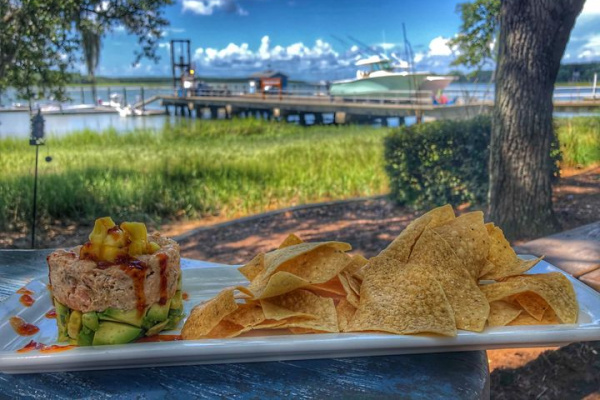 Just because smoked salmon, sturgeon, and other fish indeed cost a bundle (many times what fresh fish of the same species goes for) does not mean it is warranted. Remember: smoking fish and meat is a way of preserving it and is an especially elementary process: you take the portion of fish, hang it over a smoking fire or within an enclosed smoke box. “Cold smoking” is done at about 85 degrees. “Hot smoking,” which doesn’t actually preserve the fish but does cook it and deliver a smoky flavoring, is done above 212 degrees. And that’s about it. Granted, the fish does decrease in size, but not nearly so much to countenance the outlandish prices smoked fish go for. The fact is, you could obtain the same results at home with a simple smoker that isn’t much more than a metal tin.

Here’s another artifice, one that infers that sushi chefs use only the very highest grade of tuna to make sushi, which, eaten raw, must have pristine flavor and an abundance of richness, sometimes likened to filet mignon. But there is no industry delineation for “sushi grade.” A restaurateur or fishmonger can call any tuna “sushi grade.” Often, they will point to the deep maroon-red color of the tuna, which in Japanese is called toro and should come from the fish’s belly. Yet, the richest, fattest tuna used by sushi chefs may not be very red at all. 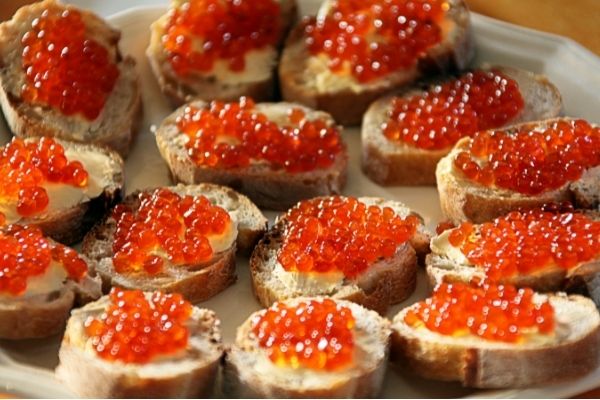 Russian Caviar (as well as Iranian, both from the Caspian Sea) Is Now Available in Stores and Restaurants….Although It Was Banned in 2005

If you can find it, it will not be from the Caspian Sea and will be a hybridized version of beluga, not the true species, called Huso huso. The prohibition was enacted not for political purposes but to conserve the sturgeon supply which was rapidly becoming exhausted and was listed by the International Union for Conservation of Nature as “critically endangered.” You may also find fish roe from other species of fish, and the more principled importers will say as much. Some, however, persist to call their roe “Russian,” “Russian-style,” or “Produced Fresh with Caspian Methods.” These are mostly farm-raised, to a large extent in China, made from Kaluga sturgeon. Some are quite appetizing and close in flavoring to the authentic Caspian Sea in product, but you’re paying astronomical prices once consigned for only the finest Russian beluga, sevruga, and oscietra.

You Can’t Get Good Fish on Monday

This idea once had a certain validity inasmuch many fish markets received their last shipments the prior Thursday and Friday and received the next one on Tuesday. Modern transport (including overnight shipping) however, has made a myth of this belief. A cornucopia of great fish comes in on Monday at the big markets.

Like most industries, especially those involved in today’s food culture, seafood falls prey to many myths. Some are based on fact, some are just a bit old-fashioned, while others seem pulled out of their air. Poorly conducted studies, popular blogs sharing false information, and even conservations among friends can lead to a misunderstanding of what is and isn’t true. As with anything, doing a bit of research (as we did) can debunk the most commonly accepted myths